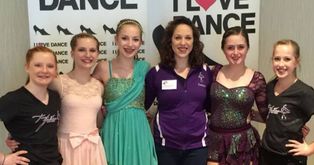 Corinne Olcott is the owner and founder of Touch of Grace Dance Studio. Originally from New Jersey, Corinne received an extensive classical ballet and pointe education. She was a student of ballet, tap, jazz and lyrical at the Eastern Youth Ballet Company and "The Rehearsal Hall" for many years, competing in numerous state wide competitions. She studied under renown Ballet Mistress Phyllis Papa and N.Y.C. Rockette, Verna Pharo and began dancing professional roles at age 12. Some of those roles included Clara, Lead Snow Flake, Pro Flowers, Dew Drop, Arabian, Snow Queen and Sugar Plum Fairy in the Nutcracker and the main characters in Sleeping Beauty and Cinderella. Corinne also studied at the School of American Ballet in New York, NY and was 1 of 200 students throughout the world selected to participate in two summer programs. Corinne has 20+ years of teaching experience working with students of all ages and has been blessed to work with great families here in Hutchinson for the last 16 years. 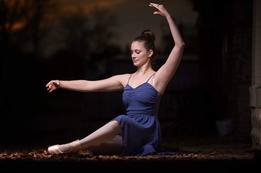 Jamie Streich (Plamann) grew up right here in Hutchinson MN and has been dancing since the age of 7. She began studying under Corinne in middle school and has used that training to teach young students the basics of dance. Jamie studied Early Childhood Education with an emphasis on Special Education at University of Wisconsin-Eau Claire. While there, Jamie was a member of the Concert Dance Company, performing various styles of dance. At Touch of Grace, Jamie teaches some of our beginner classes- using her training and years of experience with children to make the classes imaginative and fun. Jamie also assists with much of the office work and subs when other instructors are away. 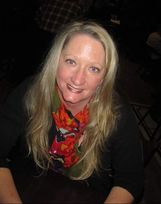 Lori Ann Dahlman began her dancing career at a young age in Minneapolis MN under the direction of Virginia Loma. As she grew, she found her love of tap with Walter “Bear” Hartell.  Walter guided a love of tap perfection with years of private lessons. This took her to excel in many community, state and national championships. While living abroad, Lori continued her study of dance by diving into dance forms from other countries. As a teacher, Lori has state, regional, and national competition dancers in her history. Most dancers have returned home as champions. With her love of dance, she created and coached the first ever dance line at the Hutchinson High School now known as the Showstoppers. Lori has been a creating and teaching dance since 1981.  After years of running her own successful dance studio, Lori is thankful to be focusing on the teaching aspect of dance at ToG.

​Hannah Pierce is a dance artist/educator based in Saint Paul, MN. She grew up dancing in Oklahoma City and attended Middlebury College in Vermont graduating with a Bachelor of Arts in Dance.  She has had the pleasure of dancing professionally with folks like DANCE ELIXIR, David Herrera Performance Company, KWENTO Dance Theater, AXIS Dance Company, and Garrett Moulton Productions, among others. She has been teaching and creating work for youth since 2015 and is very excited to be joining the ToG team! This is Hannah's 2nd year with us at ToG and she has brought with her, a new vision for our contemporary dance as well as a plethora of jazz experience. 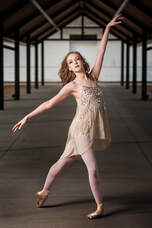 Kaitlyn Randall began her dancing career right here at Touch of Grace. Before starting dance in 7th grade, Kaitlyn always dreamed of becoming a ballerina. She would often borrow ballet books from her older sister to learn the different positions and basic steps. Her passion for dance only grew once she began training at ToG. She has performed in every ballet at ToG through 2021. Her most prominent roles include Princess Aurora in The Sleeping Beauty and Sugarplum Fairy in The Nutcracker. She has won multiple judges awards and several platinum medals at competitions throughout her junior high and high school years. Now, Kaitlyn shares her passion for dance by teaching at ToG and can often be found leading a ballet technique class or choreographing an exciting jazz routine!

Heidi Van Marel Joined our staff in 2016 and is our part time Finance Manager.  Heidi oversees all areas of finance including:  accounts payable and receivables, banking and reconciliations. If you have a question about your invoice, Heidi would be happy to help you at billingtog@gmail.com